To understand how "follow-the-workload" works, it's important to start with some basic terms:

Tip:
To enable "follow-the-workload", you just need to start each node of the cluster with the --locality flag, as shown in the tutorial below. No additional user action is required. 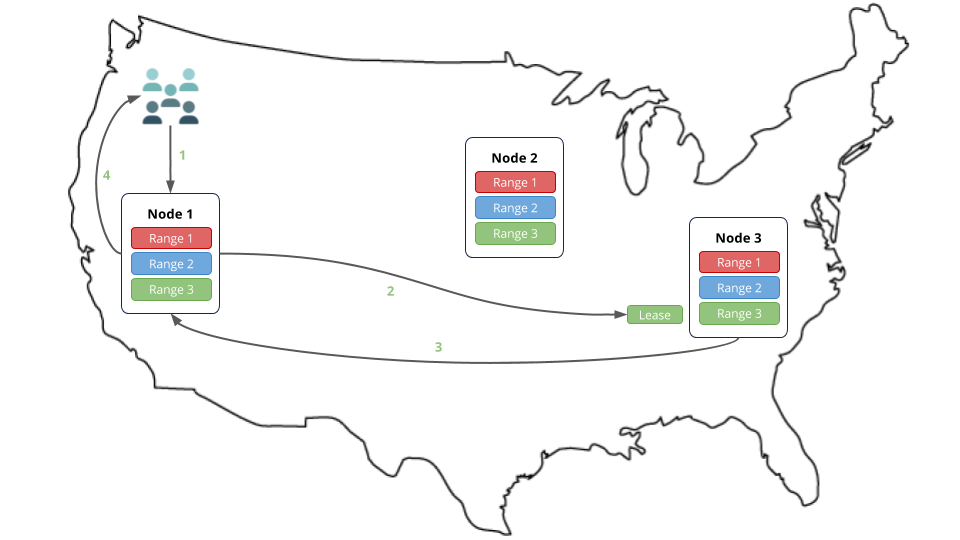 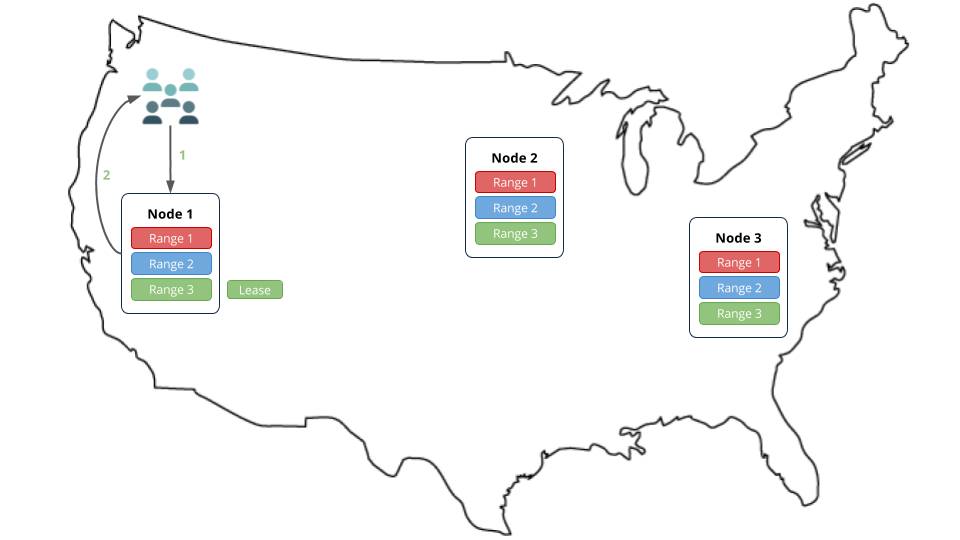 In a new terminal, start comcast as follows:

For the --device flag, use lo0 if you're on Mac or lo if you're on Linux. If neither works, run the ifconfig command and find the interface responsible for 127.0.0.1 in the output.

This command causes a 100 millisecond delay for all requests on the loopback interface of your local workstation. It will only affect connections from the machine to itself, not to/from the Internet.

In a new terminal, use the cockroach init command to perform a one-time initialization of the cluster:

Step 5. Simulate traffic in the US East

Now that the cluster is live, use the tpcc workload to simulate multiple client connections to the node in the "US East".

Step 6. Check the location of the range lease

Step 7. Simulate traffic in the US West

Step 8. Check the location of the range lease

Once you're done with your cluster, press CTRL-C in each node's terminal.

For the last node, the shutdown process will take longer (about a minute) and will eventually force stop the node. This is because, with only 1 node still online, a majority of replicas are no longer available (2 of 3), and so the cluster is not operational. To speed up the process, press CTRL-C a second time.

If you do not plan to restart the cluster, you may want to remove the nodes' data stores:

Once you're done with this tutorial, you will not want a 100 millisecond delay for all requests on your local workstation, so stop the comcast tool: