New in v2.0: The http://<node-host>:<http-port>/health?ready=1 endpoint returns an HTTP 503 Service Unavailable status response code with an error in the following scenarios: 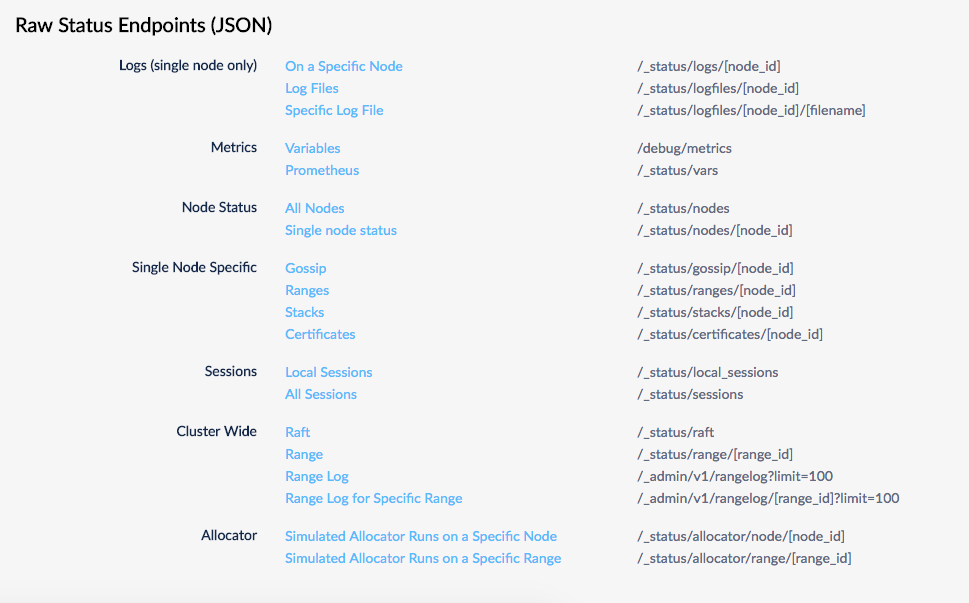