If read performance is your main focus for a table, but you want low-latency reads everywhere instead of just in the most active region, consider the Duplicate Indexes or Follower Reads pattern. 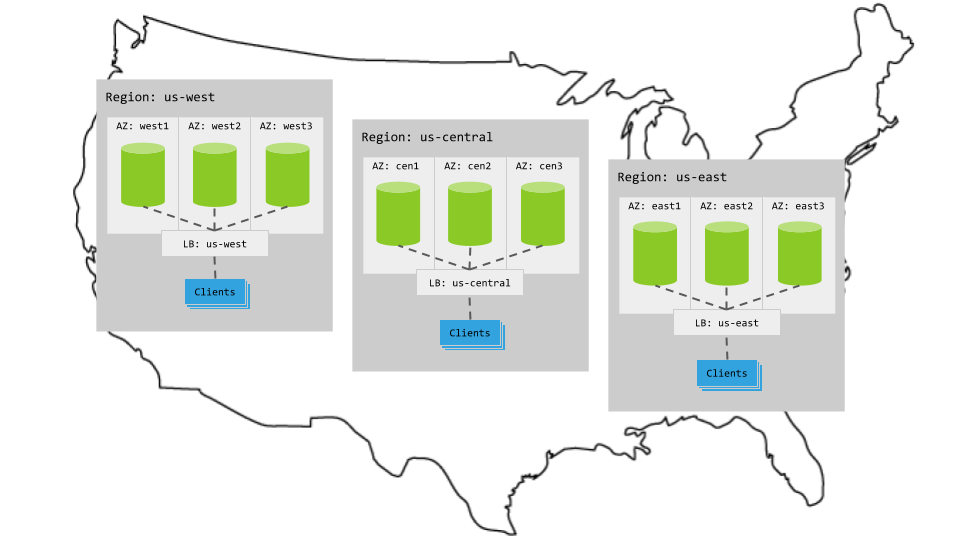 Each node is started with the --locality flag specifying its region and AZ combination. For example, the following command starts a node in the west1 AZ of the us-west region:

Aside from deploying a cluster across three regions properly, with each node started with the --locality flag specifying its region and AZ combination, this pattern requires no extra configuration. CockroachDB will balance the replicas for a table across the three regions and will assign the range lease to the replica in the region with the greatest demand at any given time (the follow-the-workload feature). This means that read latency in the active region will be low while read latency in other regions will be higher due to having to leave the region to reach the leaseholder. Write latency will be higher as well due to always involving replicas in multiple regions. 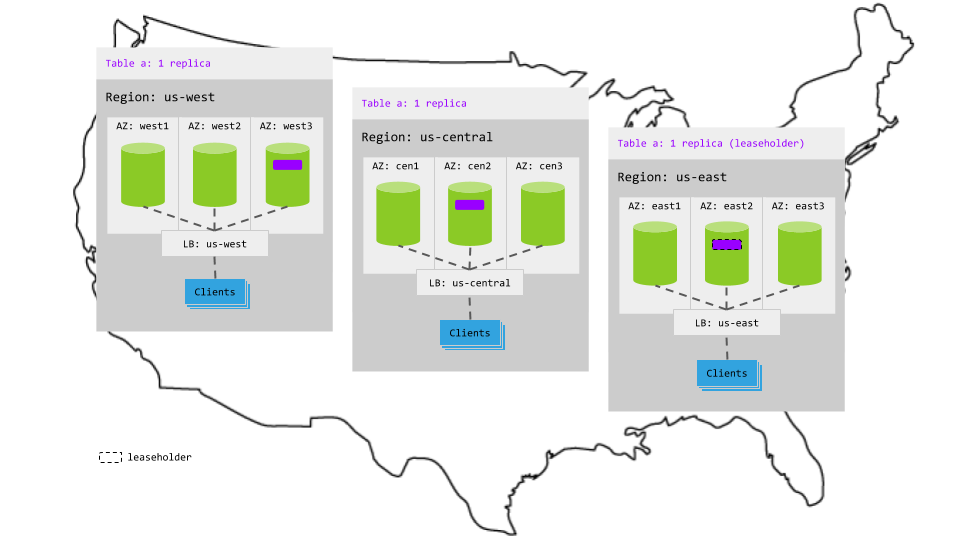 Reads in the region with the most demand will access the local leaseholder and, therefore, never leave the region. This makes read latency very low in the currently most active region. Reads in other regions, however, will be routed to the leaseholder in a different region and, thus, read latency will be higher.

For example, in the animation below, the most active region is us-east and, thus, the table's leaseholder is in that region: 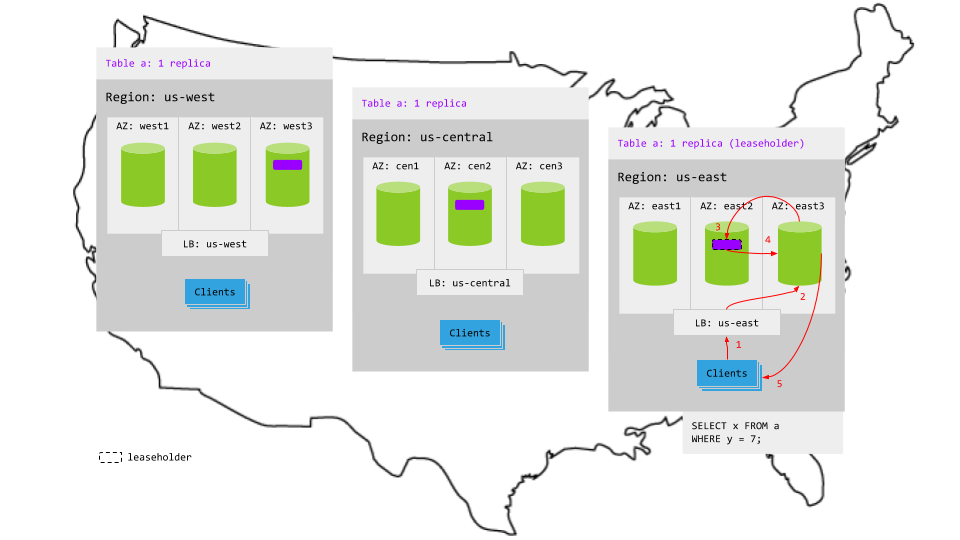 The replicas for the table are spread across all 3 regions, so writes involve multiple network hops across regions to achieve consensus. This increases write latency significantly.

For example, in the animation below, assuming the most active region is still us-east:

Because this pattern balances the replicas for the table across regions, one entire region can fail without interrupting access to the table: 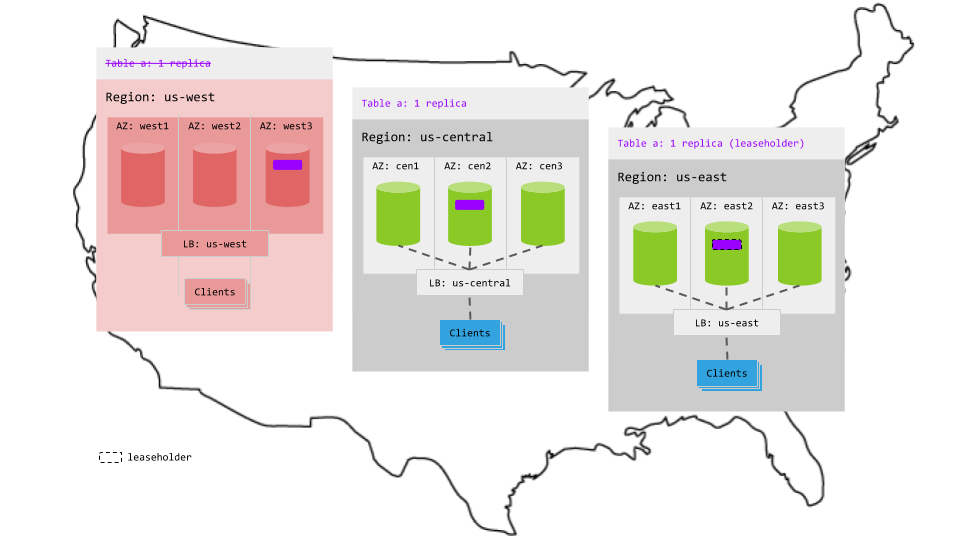