CockroachDB Serverless cluster resource usage is measured by two metrics: storage and Request Units, or RUs. RUs represent the compute and I/O resources used by a query. All database operations cost a certain amount of RUs depending on the resources used. For example, a "small read" might cost 2 RUs, and a "large read" such as a full table scan with indexes could cost a large number of RUs. You can see how many request units your cluster has used on the Cluster Overview page.

KV 95 is a simple benchmark that tests linear scaling by running a workload that is 95% point reads and 5% point writes. Reads and writes are distributed to keys spread uniformly across the cluster.

Baseline performance was benchmarked for a free CockroachDB Serverless cluster running in an organization without billing information on file. This is the level of performance guaranteed for all clusters that have run out of burst capacity and are throttled. 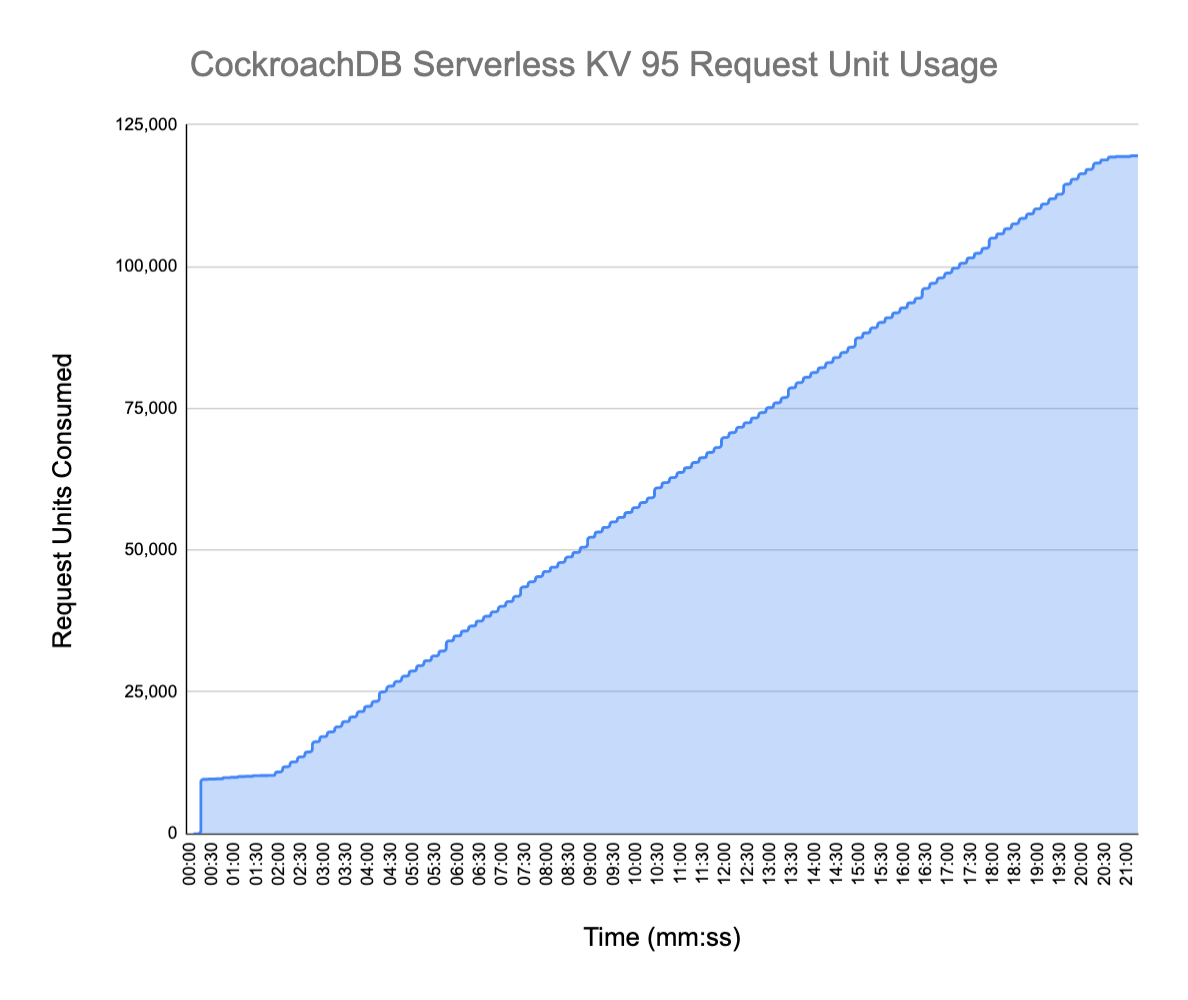 This chart shows the linear consumption of RUs by a CockroachDB Serverless cluster under a constant KV 95 workload. The total number of RUs consumed over 20 minutes is 119,536. The cluster is performing about 21 operations per second, and each operation (a point read or write) is consuming 4.86 RUs. We can also calculate that 119,536 RUs used over 1200 seconds gives us the guaranteed baseline performance of 100 RU/s. These results have been adjusted for a constant overhead of 5 RU/s that is unrelated to the workload.