At Cockroach Labs, we want to give you a database that allows you to quickly and simply build and manage data-intensive applications in the cloud—without worrying about the performance, scale or resilience of those apps. To support that mission, our latest release includes updates that let you build fast and build to last.

In CockroachDB 20.1 we focused on delivering productivity enhancements to speed up development of apps and services built on our database. We’ve added new features that ensure CockroachDB works the way you work: with your favorite tools and environments, with straightforward monitoring and improved SQL. In addition, we’ve added performance and security enhancements to help you deliver applications that last.

We’ve also made several security enhancements to CockroachCloud, such as adding VPC peering and achieving SOC 2 Type 1 certification. And, we placed another Enterprise feature, RBAC, into CockroachDB Core to give our community users improved security controls.

With CockroachDB, you get high-end database performance (even in distributed settings), while maintaining the highest level of transactional consistency. The updates in version 20.1 extend our position as the right database for your system of record workloads in the cloud.

Read on to delve into the details about CockroachDB 20.1 and then visit our docs site to learn more. When you’re ready to try it for yourself, sign up for a 30-day free trial of CockroachCloud. You can get started using the coupon code CRDB30.

In the modern development environment, speed to market is critical. It’s this expectation that drives you to turn a complex business concept into a functioning, reliable application or service. It’s also this that demands we deploy and iterate at an accelerated pace. It’s our belief that the database should empower you to get to market faster and more effortlessly, not slow you down. The productivity enhancements in this release deliver key capabilities that allow you to build on CockroachDB more efficiently. These updates give you more freedom, flexibility, and familiarity:

With online primary key changes, you can migrate your schema without any downtime. This gives you flexibility to change data models in production as your business evolves. Since primary keys in CockroachDB control data locality and resilience, you can also start with a single-region deployment and then have the freedom to expand into multi-region, all with a simple ALTER TABLE command. This is an extension on CockroachDB’s existing online schema migrations functionality which allows you to make these modifications in production without downtime and have the database automatically take care of moving data around to meet your requirements. 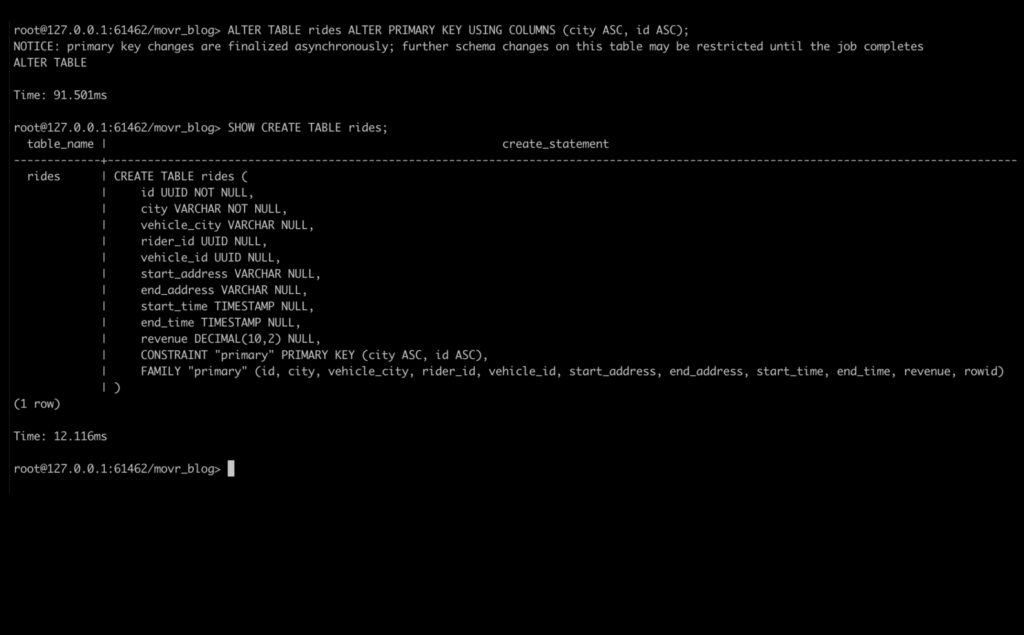 And if you are looking to migrate from an existing database to CockroachDB, we’ve added better compatibility with the schema migration tool Flyway to make the process easier.

CockroachDB 20.1 lets you more quickly troubleshoot application bottlenecks and slowdowns. A new slow query log lets you log slow queries to a separate file for rapid analysis. In the Admin UI, the SQL statements diagnostics section lets you collect statement diagnostic information, and the network latency page displays latencies between all nodes in a cluster to help you quickly understand performance and identify issues like one-way partitions. 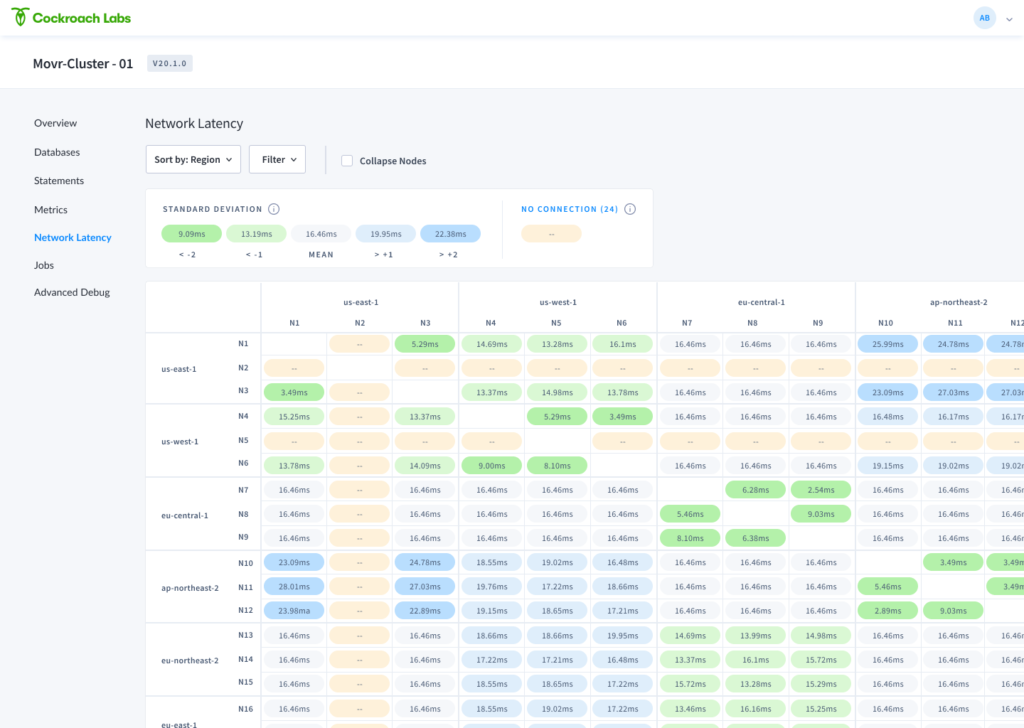 Build to Last: Performance and Security Updates for Resilient Apps

The follower reads feature of CockroachDB allows for low latency reads in distributed clusters, by serving slightly out-of-date reads from the nearest copies of data. In CockroachDB 20.1, we’ve reduced the delay for acceptable follower reads timing from a few dozen seconds in our previous release to under five seconds or less in the past. Reads are still served with single-digit millisecond latencies.

CockroachDB already encrypts data in transit and at rest, and this release provides encrypted backups, too. It also adds full-cluster backups and restore, including metadata and configurations, to simplify cluster restoration in the unlikely event that it’s needed.

RBAC is in CockroachDB Core

We’re always evaluating which features land in CockroachDB Core, our freely available version of the database. To give our community users even more control over security, we’ve added RBAC into Core.

CockroachCloud: the easiest path to an elastic, distributed SQL database

In October of 2019, we released our cloud offering, CockroachCloud. We were delighted with the response from the community, and in the past six months we’ve guided many CockroachCloud customers into production. Today, CockroachCloud is self-service, so you can spin up clusters with our web UI. In CockroachCloud 20.1, we’re meeting the needs of our customers with security updates:

Get Started Today for Free

We’ve been pretty busy and these highlights are just a few of the improvements that 20.1 delivers. If you’d like to see the complete list of everything that’s new in this release, we encourage you to check out our docs site. You can also learn more at our live demo of CockroachDB 20.1 on Wednesday, May 20, where we’ll cover what’s new and answer all your questions.

We’re also now offering a 30-day free trial of CockroachCloud. You can get started using the coupon code CRDB30. Or, if you’d rather download our open-source version, you can find the binary here.

Finally, we love feedback and would love to hear from you. Please join our Slack community and connect with us today!

Get Started for Free

Get started today
Back To Top