The CAP Theorem states that it is impossible for a distributed database to simultaneously guarantee more than two of the following: Consistency, Availability, or Partition Tolerance. The widely accepted theorem is often used to analyze and position new databases.

In this series, we will explore the three guarantees, delivering a definition for each, and outlining how each might affect your database implementation. This is a rather academic series of talks and hopefully, we will help you understand the tradeoff for each.

In this session, we will wrap up the series with an investigation into partition tolerance, which guarantees that ”the system continues to operate despite an arbitrary number of messages being dropped (or delayed) by the network between nodes”. We will cover: 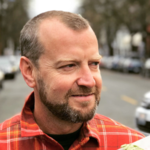