You can access the Admin UI from any node in the cluster.

For additional guidance on accessing the Admin UI in the context of cluster deployment, see Start a Local Cluster and Manual Deployment.

The Admin UI is divided into three areas:

The Admin UI displays time series graphs of key metrics. Time series graphs are useful to visualize and monitor data trends. You can hover over each graph to see actual point-in-time values.

You can change the time range by clicking on the time window.

Note:
The Admin UI shows time in UTC, even if you set a different time zone for your cluster.

View metrics for a single node

By default, the time series panel displays the metrics for the entire cluster. To view the metrics for an individual node, select the node from the Graph drop-down list. 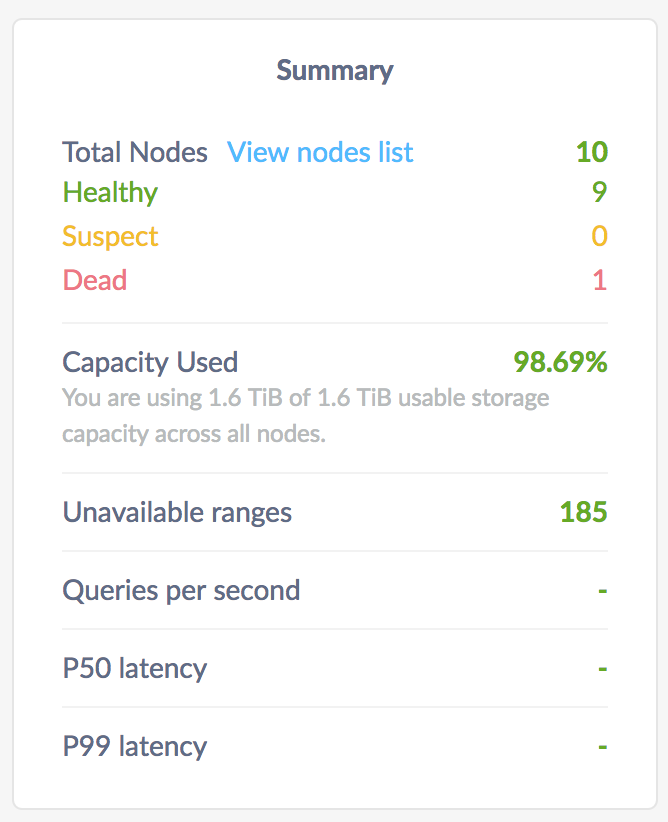 If you are running multiple nodes on a single machine (not recommended in production) and didn't specify the maximum allocated storage capacity for each node using the --store flag, the capacity metrics in the Admin UI are incorrect. This is because when multiple nodes are running on a single machine, the machine's hard disk is treated as an available store for each node, while in reality, only one hard disk is available for all nodes. The total available capacity is then calculated as the hard disk size multiplied by the number of nodes on the machine.

To see basic details about the nodes in your cluster, click View nodes list in the Summary panel. 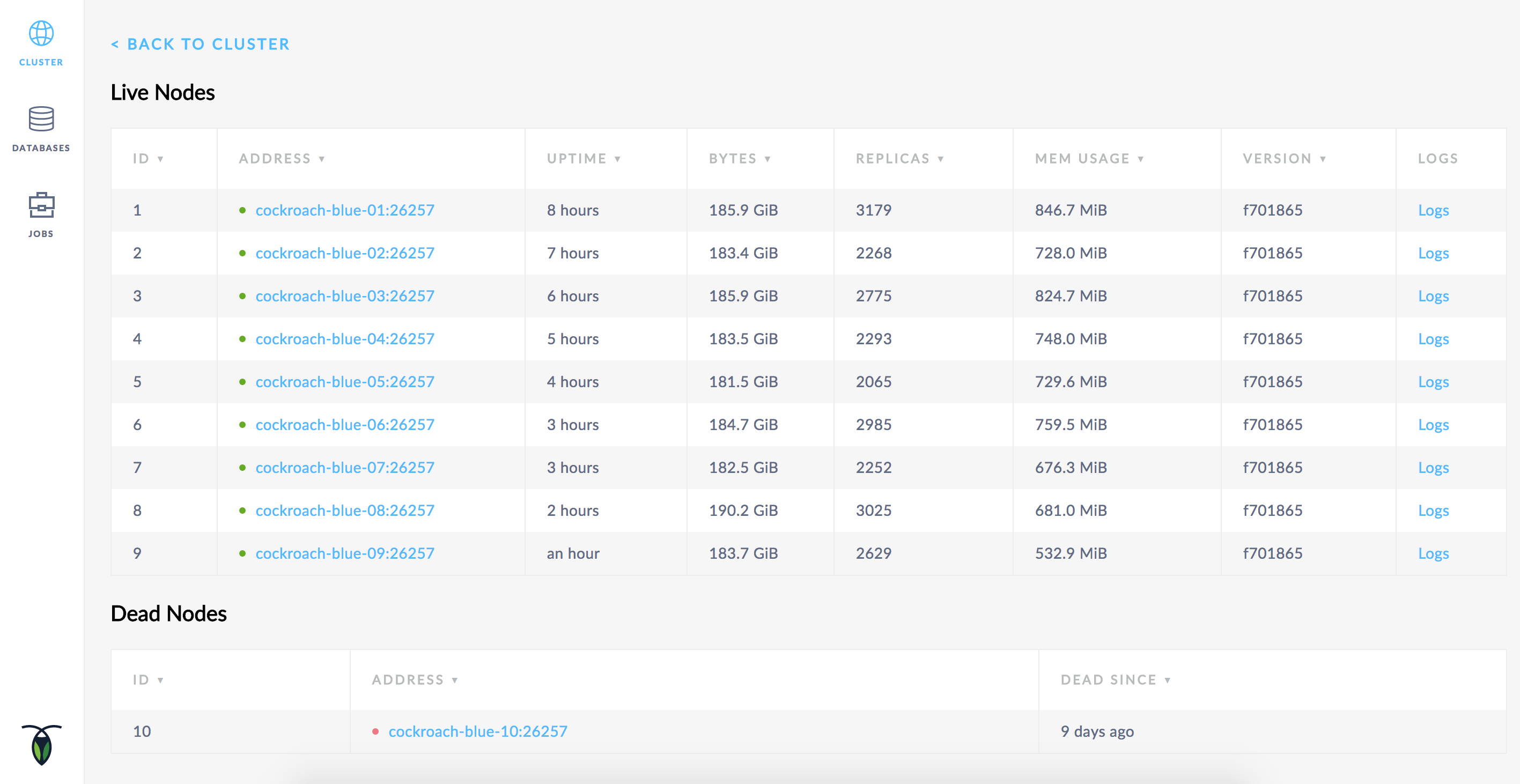 Live nodes are nodes that are online and responding. They are marked with a green dot. If a node is removed or dies, the dot turns yellow to indicate that it is not responding. If the node remains unresponsive for a certain amount of time (5 minutes by default), the node turns red and is moved to the Dead Nodes section, indicating that it is no longer expected to come back.

The following details are shown for each live node:

Nodes are considered dead once they have not responded for a certain amount of time (5 minutes by default). At this point, the automated repair process starts, wherein CockroachDB automatically rebalances replicas from the dead node, using the unaffected replicas as sources. See Stop a Node for more information.

The following details are shown for each dead node:

New in v1.1: Nodes that have been decommissioned for permanent removal from the cluster are listed in the Decommissioned Nodes table.

When you decommission a node, CockroachDB lets the node finish in-flight requests, rejects any new requests, and transfers all range replicas and range leases off the node so that it can be safely shut down. See Remove Nodes for more information. 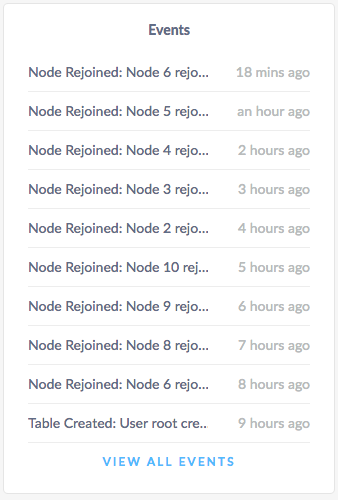 The Events panel lists the 10 most recent events logged for the all nodes across the cluster. To see the list of all events, click View all events.

The following types of events are listed: