Warning:
Cockroach Labs will stop providing Assistance Support for v21.2 on May 16, 2023. Prior to that date, upgrade to a more recent version to continue receiving support. For more details, see the Release Support Policy.

What is change data capture?

While CockroachDB is an excellent system of record, it also needs to coexist with other systems. For example, you might want to keep your data mirrored in full-text indexes, analytics engines, or big data pipelines.

The main feature of CDC is the changefeed, which targets an allowlist of tables, called the "watched rows". There are two implementations of changefeeds:

See Ordering Guarantees for detail on CockroachDB's at-least-once-delivery-guarantee as well as explanation on how rows are emitted.

How does an Enterprise changefeed work? 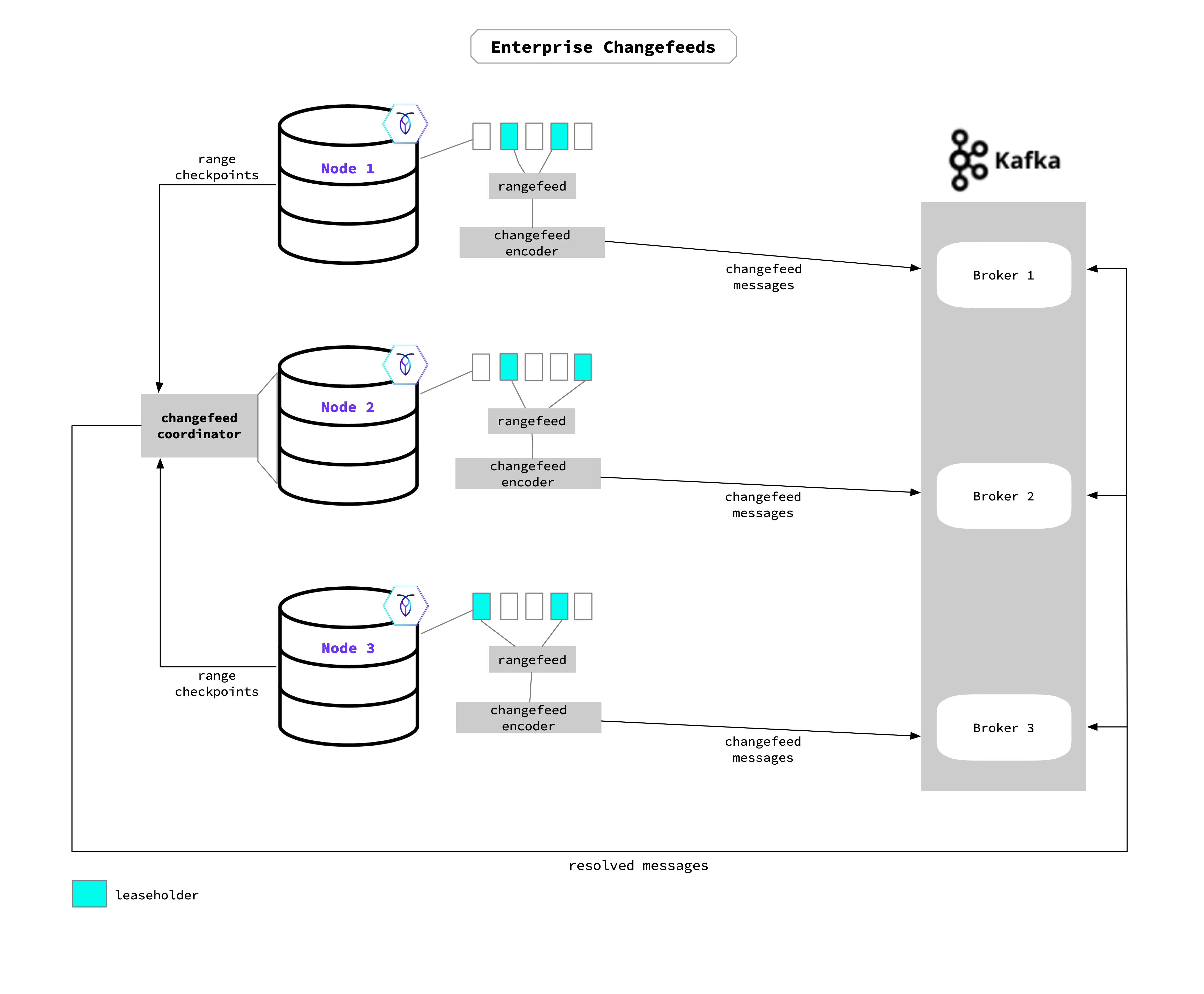 As rows are updated, added, and deleted in the targeted table(s), the node sends the row changes through the rangefeed mechanism to the changefeed encoder, which encodes these changes into the final message format. The message is emitted from the encoder to the sink—it can emit to any endpoint in the sink. In the diagram example, this means that the messages can emit to any Kafka Broker.

See the following for more detail on changefeed setup and use: