The Baidu DBA team has been an active part of our community for quite some time. Starting in 2015 as open source contributors, they became internal evangelists of CockroachDB, ultimately building several production applications. Late last year, the team approached us with an exciting proposition. They wanted to take part in leading, building, and growing the CockroachDB open source community. Given the rapid growth and excitement surrounding CockroachDB in China, Baidu and Cockroach Labs jointly decided to hold a conference that would bring top-tier DBAs and developers together to discuss CockroachDB. 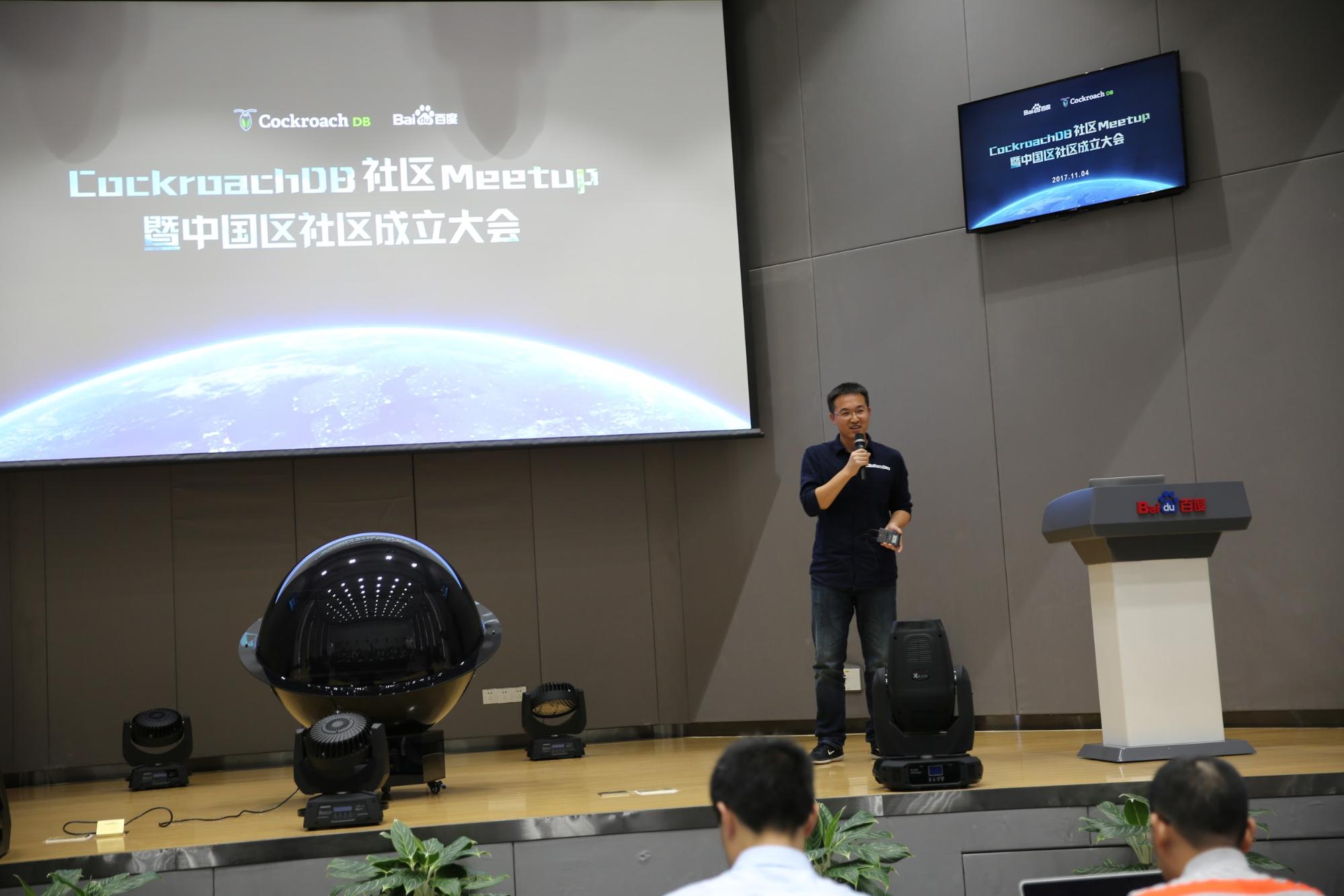 China boasts a vibrant open source community eager to leverage the horizontal scaling capabilities and low operational complexity of CockroachDB to support rapid business growth. The CockroachDB China Community Conference included several talks delivered by guest speakers from Baidu, Alibaba, Tencent, HUAWEI, Intel, and New Oriental. Since our CEO, Spencer Kimball, was unable to attend the conference in person, we recorded a video specifically for the conference to introduce CockroachDB to the Chinese community. The Baidu DBA team then presented several talks covering the CockroachDB technical architecture, use cases, and our upcoming roadmap. Baidu also shared with the community the tools they’ve built internally to support CockroachDB in production, including MySQL protocol and syntax compatibility and a real-time synchronization tool between CockroachDB and other databases for migrating data. Other guest speakers shared their thoughts on topics ranging from optimizing database performance with hardware to building big data cloud services. You can view the entire conference delivered in Chinese here.

We are excited and encouraged by how successful our first China Community Conference was and are thankful for the support and leadership from the Baidu DBA team. We hope to continue seeing our community grow both in China and across the globe as we seek to build the best SQL database in the market to make data easy. 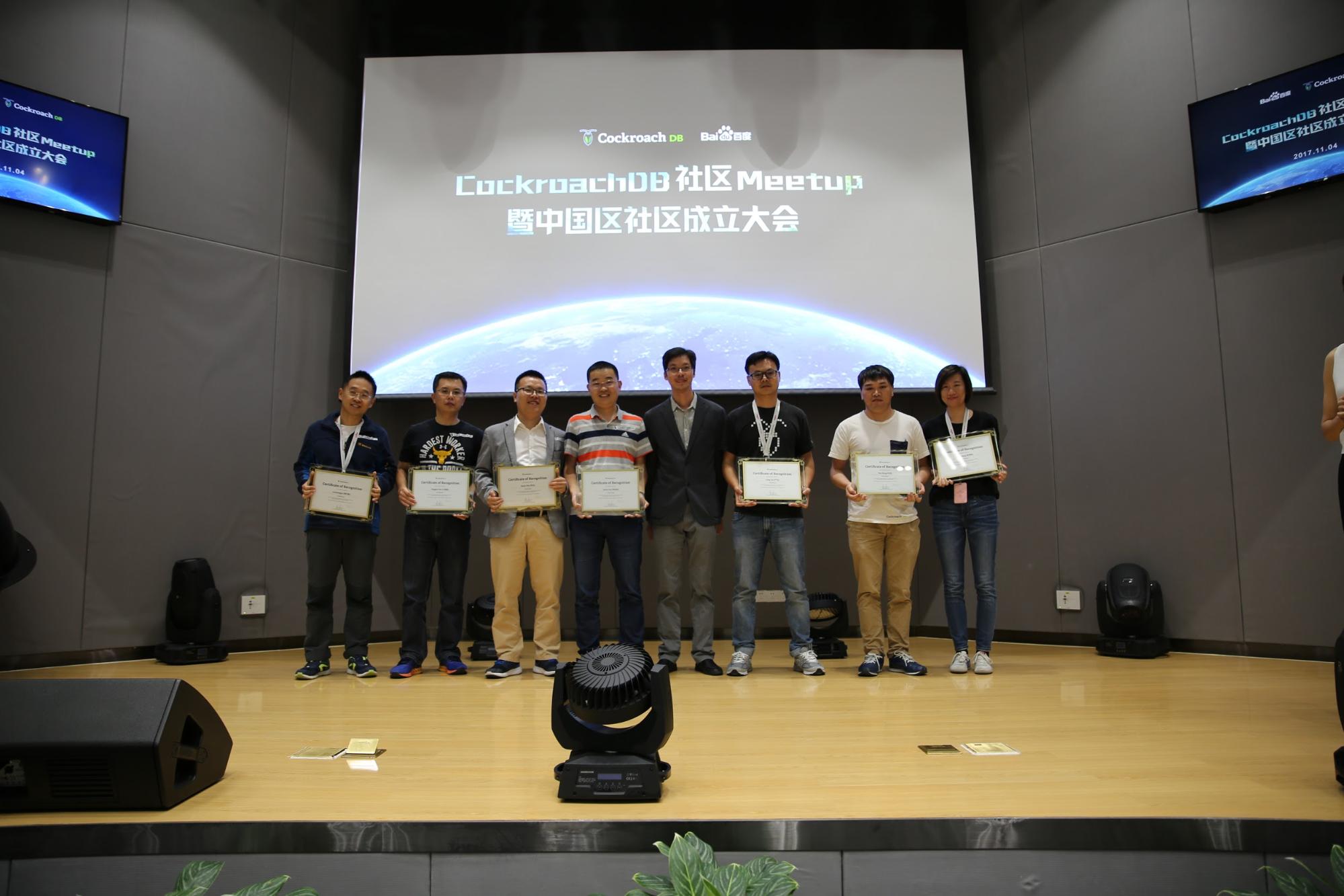