A Night of CockroachDB 2.0, Tierion, & Mesosphere!

Thanks to Mesosphere for partnering with us and hosting the event.

Demos and tech talks for what ails you. Our agenda is jam-packed!

[Live Demo] Inside CockroachDB 2.0 Nate Stewart, Head of Product at Cockroach Labs Nate will demo CockroachDB 2.0, a database built to work as well for startups as it does for multi-national companies that have customers around the world. He will demo new features and major performance improvements.

How Tierion is Using CockroachDB for Their Calendar Blockchain Glenn Rempe, VPE at Tierion Glenn will give an overview of how Tierion, a company using that's turning blockchain into a global platform for verifying data, is using CockroachDB. He'll discuss the benefits CockroachDB provides Tierion in maintaining a cross zone internal blockchain that they then distribute to thousands of nodes across an independently operated network.

[Tutorial] How to Run CockroachDB on DC/OS Joerg Schad, Technical Lead - Community at Mesosphere This tutorial will look at how to deploy and manage CockroachDB using sophisticated orchestration tools like Mesos. Joerg will demo how to deploy CockroachDB on Mesos to ship scalable, resilient applications on any cloud infrastructure. 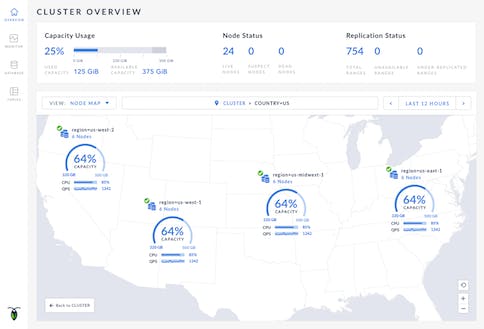 Sign up to hear about upcoming events in your area.

Thank you! We'll let you know when we have an event coming to your region.